The Kansas Sentencing Guidelines Act (KSGA) became effective July 1, 1993. The KSGA provides for determinate sentencing based on sentencing charts or “grids.” Each sentencing grid is a two-dimensional crime severity and criminal history classification tool. The grid's vertical axis is the crime severity scale which classifies current crimes of conviction. The grid's horizontal axis is the criminal history scale which classifies criminal histories. The presumptive sentence is determined by two factors: the severity level of the current crime of conviction and the offender’s criminal history. The grid block at the intersection of the severity level of the crime of conviction and the offender’s criminal history score provides the presumed sentencing range, and includes prescribed aggravated, standard and mitigated sentences in months. Each grid also contains a dispositional line: grid blocks above the line presume a sentence of imprisonment; grid blocks below the line presume a sentence of probation. Each grid also includes border blocks or boxes, which are above the dispositional line and therefore presume imprisonment, but which provide that the court may impose an optional nonprison sentence, i.e., probation. 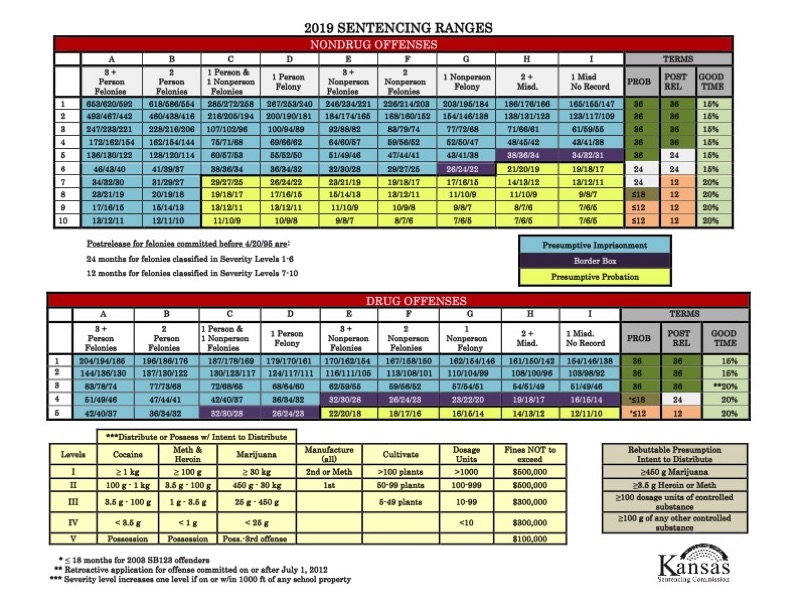